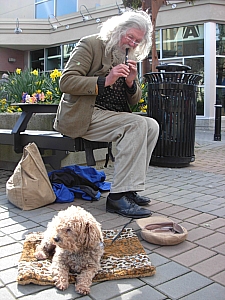 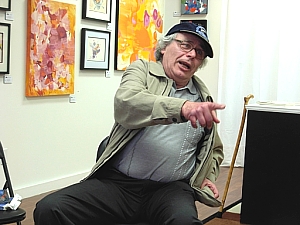 We had a fantabulous Poem Gallery unveiling at the Nanaimo Harbourfront Library yesterday with readings by 17 local poets, including such CanPo icons as Joe Rosenblatt and Tim Lander 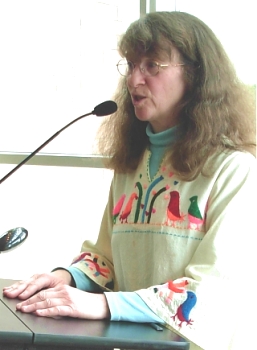 … and emceed by Yours Truly. 😉

In total, 37 poets are featured in this year’s Poem Gallery, making it the biggest ever! 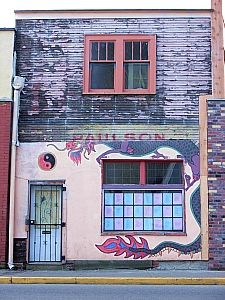 Nanaimo’s first Poem Gallery was launched in 2008 in a vacant storefront window downtown because I had this crazy notion that I would like to see poetry become the skin of our city instead of all this brown butcher paper currently covering windows of derelict buildings. 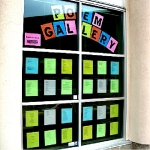 Harbourfront Library Manager Abbas Saffari liked what he saw so much that he wanted a permanent Poem Gallery at the Harbourfront Library. So he and I launched one there the same year, and it has been running ever since with a display of poems by local poets that is changed annually during National Poetry Month each April.

How to submit a poem for the 2012 Poem Gallery:

For the 2012 Poem Gallery, we are hoping to display poems by local poets written in other languages, and even other alphabets! (English poems will still be welcome too.)

Anyone who lives in a community served by the Vancouver Island Regional Library system may submit a poem for consideration for the Poem Gallery.

Shorter poems are better and are more likely to be read by passersby than a poem that fills the whole page.

Be sure to put your name and poem title on your poem (unless your poem is intended to be untitled). And be sure to include your email address so we can reply to you. And please tell us what city or town you live in.

If your poem is in English, please email it as a Word document to Abbas Saffari at asaffari@virl.bc.ca .

If your poem is in another language, please turn in a copy on an 8.5 x 11-inch sheet of white paper  (suitable for photocopying). And please make sure the letters are larger than normal. (Most word processing programs are set to a 12-point font size by default. Please enlarge this to at least 16 point for easier reading in the window display.)

Poems written in a lovely pen and ink calligraphy using a non-European alphabet such as Chinese, Arabic, Hindi or other such alphabets would be very welcome!

Non-English poems can be submitted in person or by mail to:

Be sure to include your email address so we can reply to you. And please tell us what town or city you live in.

May the metaphors be with you!

Kim Goldberg is a poet, journalist and the author of 8 books of poetry and nonfiction. Latest titles: DEVOLUTION (poems of ecopocalypse), UNDETECTABLE (her Hep C journey in haibun), RED ZONE (poems of homelessness) and RIDE BACKWARDS ON DRAGON: a poet's journey through Liuhebafa. She lives in Nanaimo, BC. Contact: goldberg@ncf.ca
View all posts by Kim Goldberg →
This entry was posted in Events and tagged Harbourfront Library, Joe Rosenblatt, Kim Goldberg, National Poetry Month, Poem Gallery, poetry, Tim Lander. Bookmark the permalink.