How to Lock Down Your Meter – Photo Gallery

If you live in British Columbia and you do NOT want a smart meter attached to your home, then you need to physically lock down your existing analogue meter to prevent the Corix installers from switching it over to a smart meter when they come to your neighbourhood. (Just make sure the meter reader can still read the dials on your old meter.)

A posted sign may NOT be sufficient protection. Corix installers have been disregarding posted signs and contravening direct verbal instructions from residents all over Vancouver Island.

Read my earlier posting for more details on this issue.

Sign the petition calling for a moratorium on wireless smart meters in BC.

Pre-register here to support a referendum on smart meters in BC. 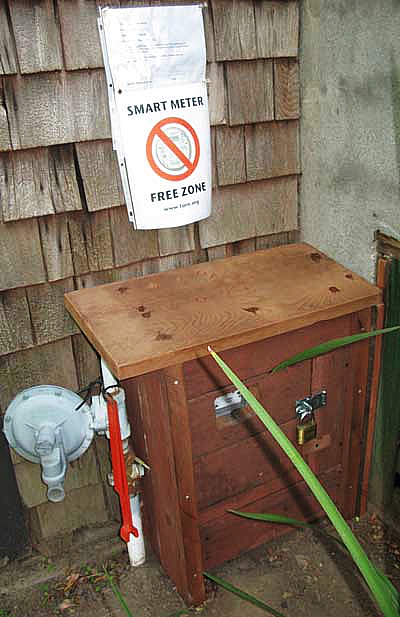 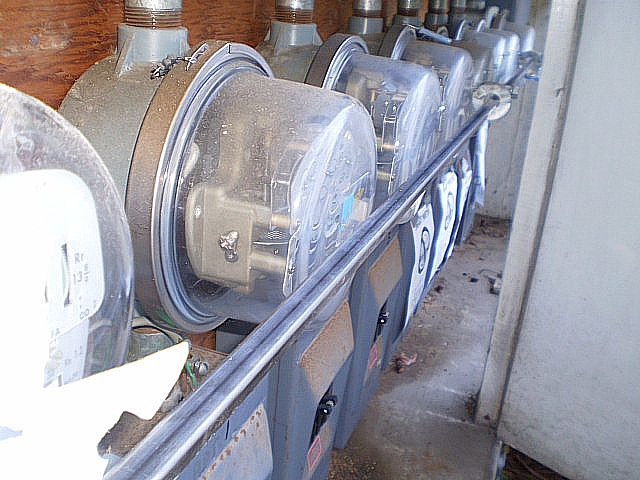 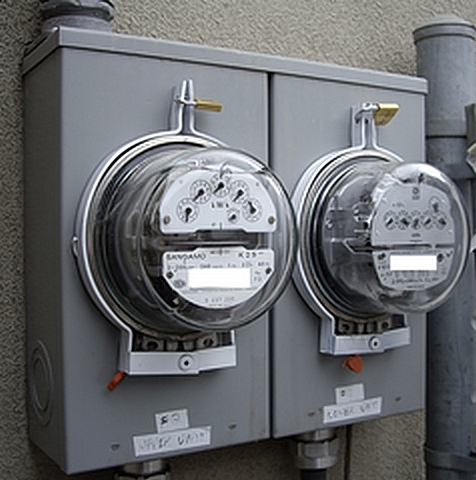 Kim Goldberg is a poet, journalist and the author of 8 books of poetry and nonfiction. Latest titles: DEVOLUTION (poems of ecopocalypse), UNDETECTABLE (her Hep C journey in haibun), RED ZONE (poems of homelessness) and RIDE BACKWARDS ON DRAGON: a poet's journey through Liuhebafa. She lives in Nanaimo, BC. Contact: goldberg@ncf.ca
View all posts by Kim Goldberg →
This entry was posted in News, Politics and tagged BC Hydro, cancer, Corix, Electromagnetic Frequency Radiation, Health, Privacy, Smart Meters, WiFi. Bookmark the permalink.

44 Responses to How to Lock Down Your Meter – Photo Gallery