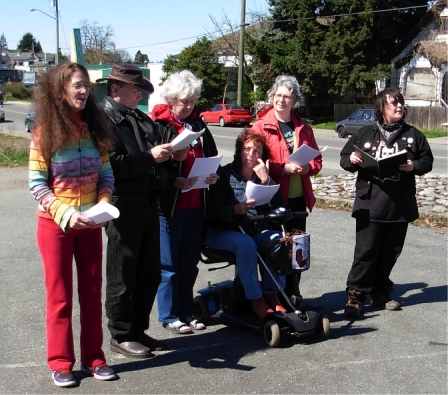 We couldn’t have asked for better weather (well, okay, a little less wind might have been nice) than what the planet dished up for us today for our Covert Poverts performance this afternoon. Doin’ it right on the wrong side of the tracks!

Six Covert Poverts (plus an ever-growing audience)  gathered at the corner of Milton and Hecate for the performance of Kim Clark’s polyphonic poem “Three Days on A Train, In and Out of Dreaming”. 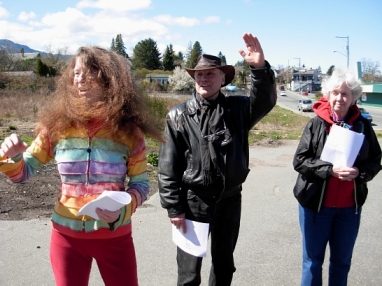 Did I mention it was windy? We were thanking Winona Baker here for not annihilating the cast after driving through our stage to park.

Highlight of the day was Winona Baker’s dramatic arrival when she drove her car across the ‘stage’, nearly taking out the entire string of Covert Poverts in the process.

Thanks to Jano Thibodeau for taking these photos! 🙂 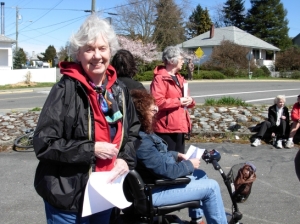 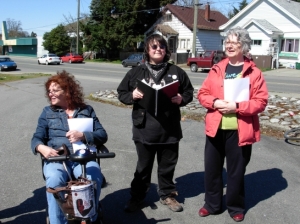 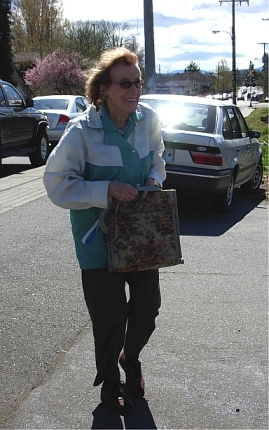 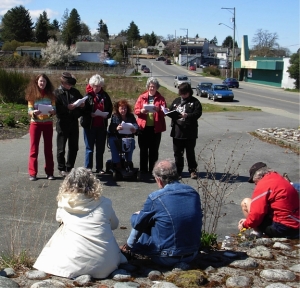 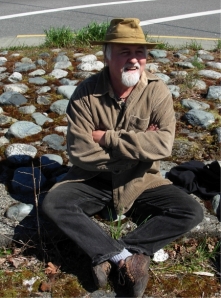