Holy bumper crop, Batman! I’m in a bushel of sweet anthologies that are ripening nicely and will be ready for harvest this fall. Check ‘em out. Click on titles for details. 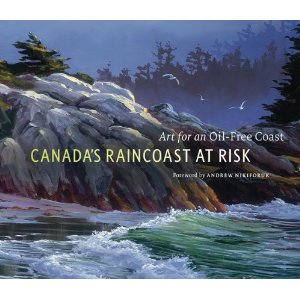 Canada’s Raincoast at Risk: Art for an Oil-Free Coast (Raincoast Conservation Foundation) – Fifty artists, including some of Canada’s most celebrated and many who are First Nations, have taken up paintbrushes and carving tools to portray Canada’s fragile raincoast – one they feel is threatened by the Northern Gateway pipeline project proposed by Enbridge and their international partners. The art is featured in nine chapters: the region, the people, sea birds, land mammals, marine mammals, forests, estuaries, salmon, and underwater marine. Each chapter opens with a poem written by one of nine BC and Alberta poets. Coming November 2012. Launching in Vancouver, Victoria, Nanaimo, Salt Spring Island. Details here.

Living Artfully: Reflections from the Far West Coast, edited by Anita Sinner & Christine Lowther (The Key Publishing House)  – The extreme west coast is often characterized as the most “out there” edge of Canada and has become known internationally for artists residing in the region and giving it their own particular flavor. Living Artfully: Reflections from the Far West Coast offers unique perspectives and insights to the interrelationship of creativity and geography through intimate portrayals about the lives of 44 artists and writers residing in the far west, including the Gulf Islands, Vancouver Island and Haida Gwaii. 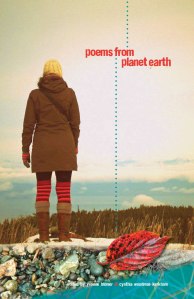 100 Lightnings Anthology, edited by Stephen Studach (Paroxysm Press) – 100 flash fictions from around the world probing the messy (and sometimes moist) underbelly of Horror, Science Fiction, Fantasy, Dark Realism, and anything in between. To be released Fall 2012 by Australia’s iconic cult publisher Paroxysm Press.

Kim Goldberg is a poet, journalist and the author of 8 books of poetry and nonfiction. Latest titles: DEVOLUTION (poems of ecopocalypse), UNDETECTABLE (her Hep C journey in haibun), RED ZONE (poems of homelessness) and RIDE BACKWARDS ON DRAGON: a poet's journey through Liuhebafa. She lives in Nanaimo, BC. Contact: goldberg@ncf.ca
View all posts by Kim Goldberg →
This entry was posted in Books, Events, News, Poetry and tagged 111 West Coast Literary Portraits, Anthologies, Canada's Raincoast at Risk, Living Artfully, Planet Earth Poetry. Bookmark the permalink.