Award-winning poet Kim Goldberg never thought she would live to see a cure for Hepatitis C. When the cure arrived and Goldberg reaped the victory, it gave her the poem of a lifetime.

That poem has now become her seventh book: Undetectable. In it, she documents her Hepatitis C journey using a Japanese literary style called haibun, a travel diary paired with haiku.

Goldberg will launch her new book with a free public talk and reading at Nanaimo Harbourfront Library on Saturday, February 27 at 1:00 pm.

Goldberg lived with Hepatitis C for more than 40 years, telling no one, until she was cured in 2015 after participating in a clinical trial of the new Hepatitis C drug, Harvoni.

“I was extremely lucky to get a seat in this trial,” Goldberg says. “Because of the high price of the new drugs that are now able to eliminate Hepatitis C, I was not eligible to receive them under the BC Medical Services Plan. I wasn’t deemed to be sick enough yet, and I had never been willing to try the older and highly toxic interferon-based treatments. If it hadn’t been for this clinical trial, I would still have Hepatitis C,” she says.

Harvoni, developed by Gilead Sciences Inc., has a wholesale price of $1,125 (US) per pill. In most cases, including Goldberg’s, 84 pills are required to eradicate the hepatitis C virus from the body.

Even with their negotiated discounts, private insurance companies as well as government-funded health care plans say they would go bankrupt if they approved the new drugs for everyone who has Hepatitis C.

Hepatitis C is a blood-borne virus that slowly damages the liver over a period of many years. It has the potential to lead to cirrhosis, liver cancer and death. It is the leading cause of liver transplants in Canada and the United States, and it has surpassed HIV as a cause of death.

Approximately 250,000 people in Canada have chronic Hepatitis C, and more than three million people in the United States. Worldwide, there are at least 180 million people living with this virus.

Goldberg hopes to use her new book to raise public awareness about Hepatitis C and to encourage everyone to get tested and treated, now that the cure has arrived. 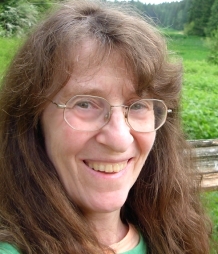 “This is a much stigmatized illness,” says Goldberg. “And as a result of that stigma, it is a disease people don’t talk about. Many people don’t even know they have Hepatitis C, or that it can now be cured. The stigma is causing needless suffering, untreated illness, and even death,” she says.

“The way to end the stigma is to normalize discussion about Hepatitis C, to make it part of the public discourse the same way we openly discuss cancer or diabetes,” Goldberg adds. “Nobody asked for Hepatitis C. And everyone who has it deserves to be cured.”

Goldberg is the author of seven books of poetry and nonfiction including Red Zone about urban homelessness, and the popular guidebook Where to See Wildlife on Vancouver Island. She is a recipient of the Goodwin’s Award for Excellence in Alternative Journalism, the Rannu Fund Poetry Prize for Speculative Literature, and other distinctions. She holds a degree in biology from University of Oregon and has lived in Nanaimo for 40 years.

Undetectable can be purchased directly from the author for $19 (US or Canadian funds).

Send payment by PayPal to goldberg@ncf.ca

Kim Goldberg is a poet, journalist and the author of 8 books of poetry and nonfiction. Latest titles: DEVOLUTION (poems of ecopocalypse), UNDETECTABLE (her Hep C journey in haibun), RED ZONE (poems of homelessness) and RIDE BACKWARDS ON DRAGON: a poet's journey through Liuhebafa. She lives in Nanaimo, BC. Contact: goldberg@ncf.ca
View all posts by Kim Goldberg →
This entry was posted in Books, Health, News, Poetry and tagged Canadian authors, Canadian poets, Harvoni, Hepatitis C, Kim Goldberg, medicine, Vancouver Island. Bookmark the permalink.